I want us to focus on the league and EL and put a strong team for both. I know bowing out a cup competition isn't ideal but the Carabao cup scheduling is really not helping our fixture list. I imagine we'll see

Moussa hasn't featured for a couple games and I think he'll want to give a pretty energetic display against Newcastle.​
P

We are currently playing on three fronts and may still have a few crazy weeks. Rotation is critical. There is also, IMO, the need for this group of players to learn to win. Mourinho knows how to do it. We need to get the players (and Levy - tho that is not for here) to learn how to win. It would take a Herculean feat for Spurs to gel with still more incomings and outgoings to occur, in a sufficient fashion to win the PL. Not impossible, but lots needs to go our way. So PL would not, at this time, win out over Carabao and EL.

So here's what I would do and why:

PL game means Lloris. Doherty and Aurier to rotate game to game which means Aurier for Chelsea. Sanchez should take a seat for a game so Alderweireld and Dier. Reguilon debut, Davies to take a seat. Hojbjerg to play as DCM - need to know how he would do without Winks or Sissoko playing that role. It's on him to protect the back 4. Lo Celso will be pushing forward. Sissoko RW in front of Doherty to see how Doherty links up with a player who will generally stay as a wing (Sissoko and Aurier, in the past, have linked up really well so want to see how Doherty does in this scenario - love his give and go's and both players cross well). On the Left, as much as I want to see Son and Kane continue their play off of each other, Son needs to take a break before he plays two mid-week games with Kane. Thus Bergwijn on his favoured side. Dele, as much as I don't want to say, last chance saloon - he is running out of opportunities. He would be in behind Kane and, obviously Kane.

Three points needed. A really strong bench if changes need to be made (we all know Mourinho will not wait until the 60th minute). Potentially 4 games in 11 days - need to win them all while resting players as we are able.

Is Reguilón ready/ fit yet

mattdefoe said:
Is Reguilón ready/ fit yet
Click to expand...

He’s going to need to be for at least one of the games this week because Davies can’t play all of them. Mourinho has thrown in Doherty immediately before he’s looked fit and had no problem playing a bunch of guys against Everton that had barely kicked a ball while leaving out players who had played all pre-season.

mattdefoe said:
Is Reguilón ready/ fit yet
Click to expand...

Mou said he'd be ready by the end of this week.

While Bale, who has a knee injury, will not be fit until next month, Mourinho hopes to have the 23-year-old Reguilon available for selection later this week.
"You ask me about Sergio and I think Sergio will be quite quick. He is in the best period of his recovery," said the Spurs boss.
"He's training today (on Sunday while Spurs played at Southampton) with one of my assistants. He cannot play on Tuesday but I would say he will be available for us maybe for the end of the week."
J

PrettyColors said:
Agreed all around on the lineups except CM. I wouldn’t think TN can go more than 45 on Sunday at the maximum.

I’m not saying start Sissoko.. but against Allan Saint Maximin we really need someone to track dribblers down from central midfield. Winks looks totally out of it and I worry for Hojbjerg without someone defensive next to him.
Click to expand...

He went off injured (in the first half) in their league game last week. No sure if he has recovered for this weekend’s game.

I reckon Hojbjerg might be out. Took a nasty ankle turner against Southampton.
H

thebenjamin said:
I reckon Hojbjerg might be out. Took a nasty ankle turner against Southampton.
Click to expand...

Good point. Those will often get sore.

I don't see how Ndombele is starting. Why risk it? It would be a disaster if he broke down again.

If Højbjerg is out I would expect Winks and Sissoko in midfield. Huge game for Winks who has been very disappointing so far.

Interesting to see when Reguilon makes his debut. I think this might be it. Davies, Winks, Sissoko and Lucas isn't exactly mouth watering.
S

arunspurs said:
Is Hojbjerg fit ? Assuming he isn't I will go with :

I would keep Lucas, Son on bench with a view to Chelsea game.
Click to expand...

take Newcastle for granted and...

thebenjamin said:
I reckon Hojbjerg might be out. Took a nasty ankle turner against Southampton.
Click to expand...

the way he was absent from the squad completely last night and his history of not missing a game through injury in basically his whole career but now plays for Tottenham tells me bad news is coming. 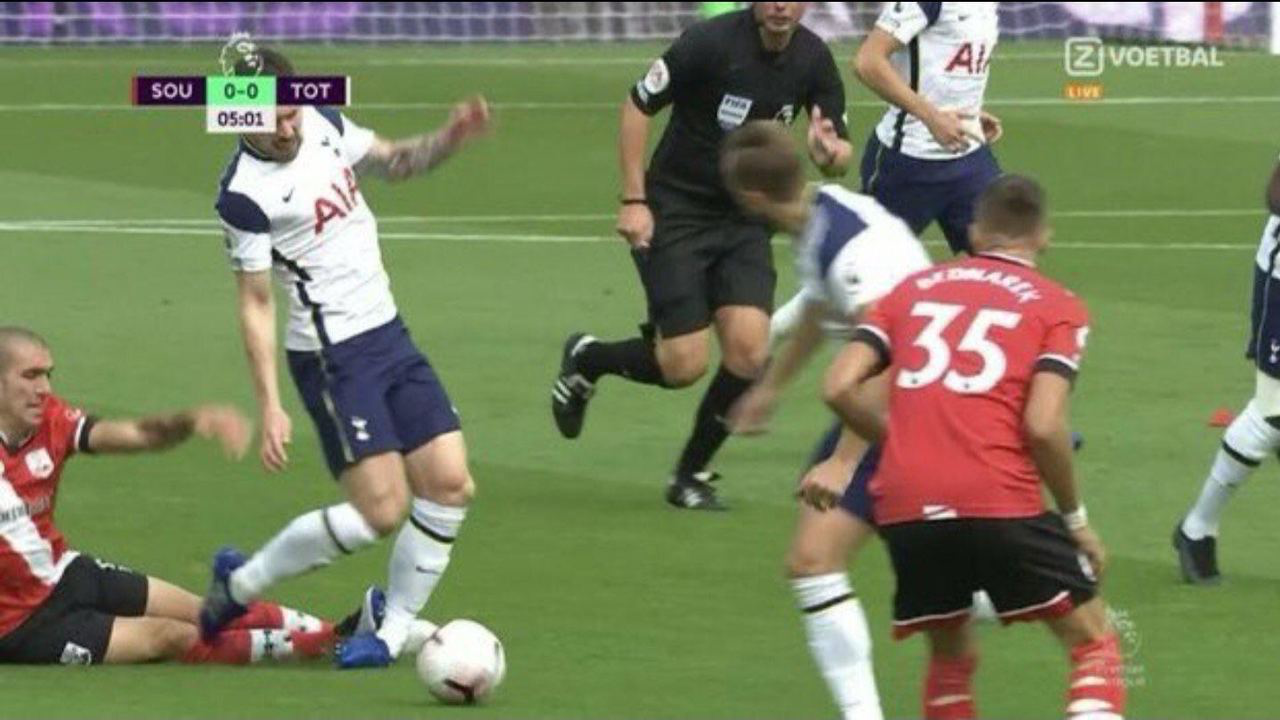 Who’s our next manager?

SlumDilla said:
I want us to focus on the league and EL and put a strong team for both. I know bowing out a cup competition isn't ideal but the Carabao cup scheduling is really not helping our fixture list. I imagine we'll see

Moussa hasn't featured for a couple games and I think he'll want to give a pretty energetic display against Newcastle.​
Click to expand...

I was under the impression that clubs in European competition did not enter the Carabao at this stage.
The Europa is a farce.Three qualifiers to get to the group stage is ridiculous. After the group stages the third placed Champions League group team drops into the Europa,meaning more games. Surely that should be scrapped this year to limit travelling because of covid 19.The same applies to the absolutely ridiculous forthcoming internationals.

spursfast said:
take Newcastle for granted and...
Click to expand...

Not sure I understand...
Bergwijn started and scored against City is good enough IMO to start vs Newcastle. Same for Dele.
We have had midfield of Sissoko-Winks the entire last season - so Sissoko - Lo Celso is better.
Son has played every minute of our games this season - only significant change is to not start Son. Its my opinion that we need to preserve him for Chelsea game.
B

I am leaving myself open for abuse but whatever team we play please let Moura not be part of it .
J

I like Winks but dont think he works with PEH and really dont want GLC, Winks and PEH.

I am unsure if Ndombele will start as he had 90 mins last night but would love Ndombele PEH and GLC.

I think front three picks itself although Son did look dead on his feet at the end. Lucas is ahead of Bergwijn on yesterdays performance.

If Davies is fit he starts for me.

The team and formation I would love to see

Hart, Lamela, Ndombele, Dele, Sanchez, Davies, Aurier on the bench for me. I think Aurier looked good and deserves to be on the bench, same with Lamela. Ndombele deserves to start but I wouldn't want to risk his fitness this early after coming back.
Click to expand...

Looks like Reguilon will not be match ready for the weekend Jose said. He just started training with the squad today.

In that case, put Davies into the lineup above and that would be my guess.